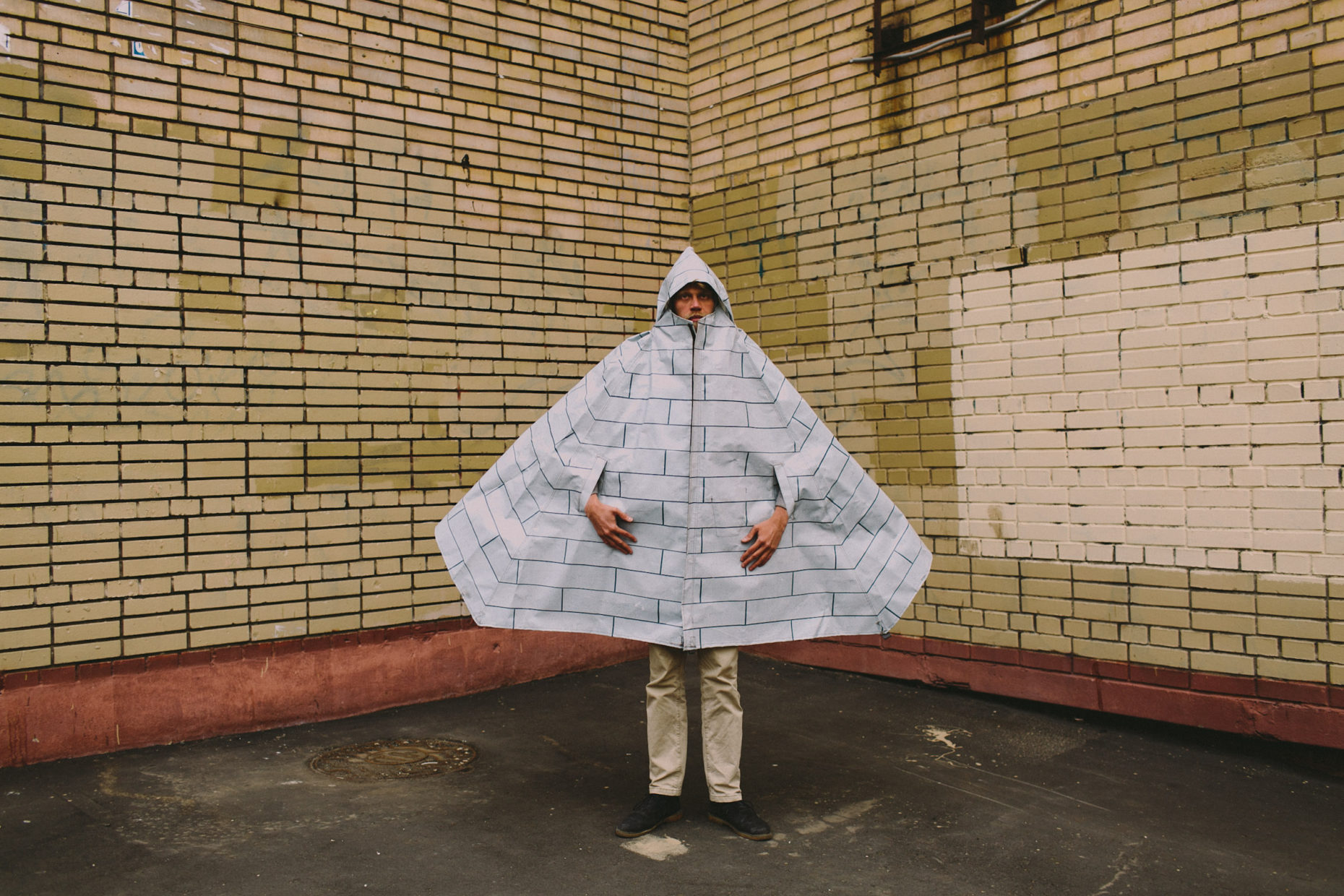 The work of Igor Ponosov, editor of the website Partizaning and author of different publications and projects on urban art, is characterised by empathetic interventions in public space. With his artistic appropriation of banners within the framework of Cutting the Walls he addresses stigmatisation and urban poverty in Moscow. Tarpaulin printed with depictions of facades that hide the construction work taking place in the background shape the character of this city in flux. Cutting the Walls takes on and re-interprets the concealing function of these tarpaulin banners. As part of the muscovite redevelopment programme My Street large scale demolition is taking place in Moscow since 2015, which entails the destruction of numerous makeshift accommodation of homeless people, who increasingly populate the streets of the Russian capital as a consequence. These victims of a social and economic system, who previously remained invisible to a large part of the population, are a clear marked that the modernisation in question benefits only a privileged layer of the population, while the same constructional measures spell displacement and segregation for a large part of society. From the fake facades printed onto tarpaulin banners Igor Posonov tailors and erects a tent for homeless people. It’s an attempt to recycle the banner as a form of urban camouflage and mobile shelter for the city’s invisible inhabitants and, simultaneously, to make abundantly clear the interrelation between the necessity for such precarious, mobile shelters in the city space and the city’s redevelopment and modernisation.

170 х 150 х 150 cm.
Appropriated banners, velcro, zippers. Thanks to Eugen Belov for the film and to Mila Tobolenko for the pictures. 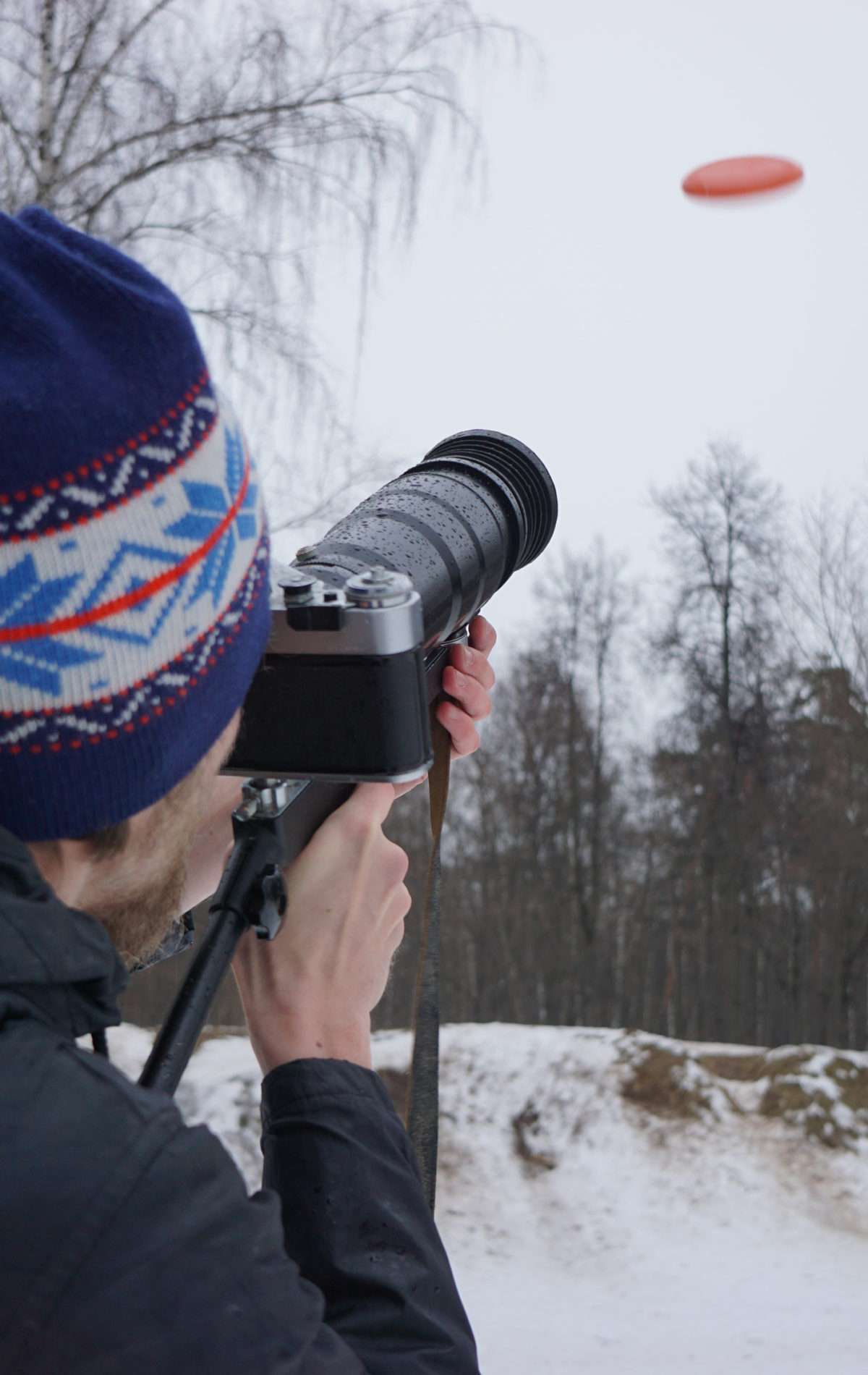 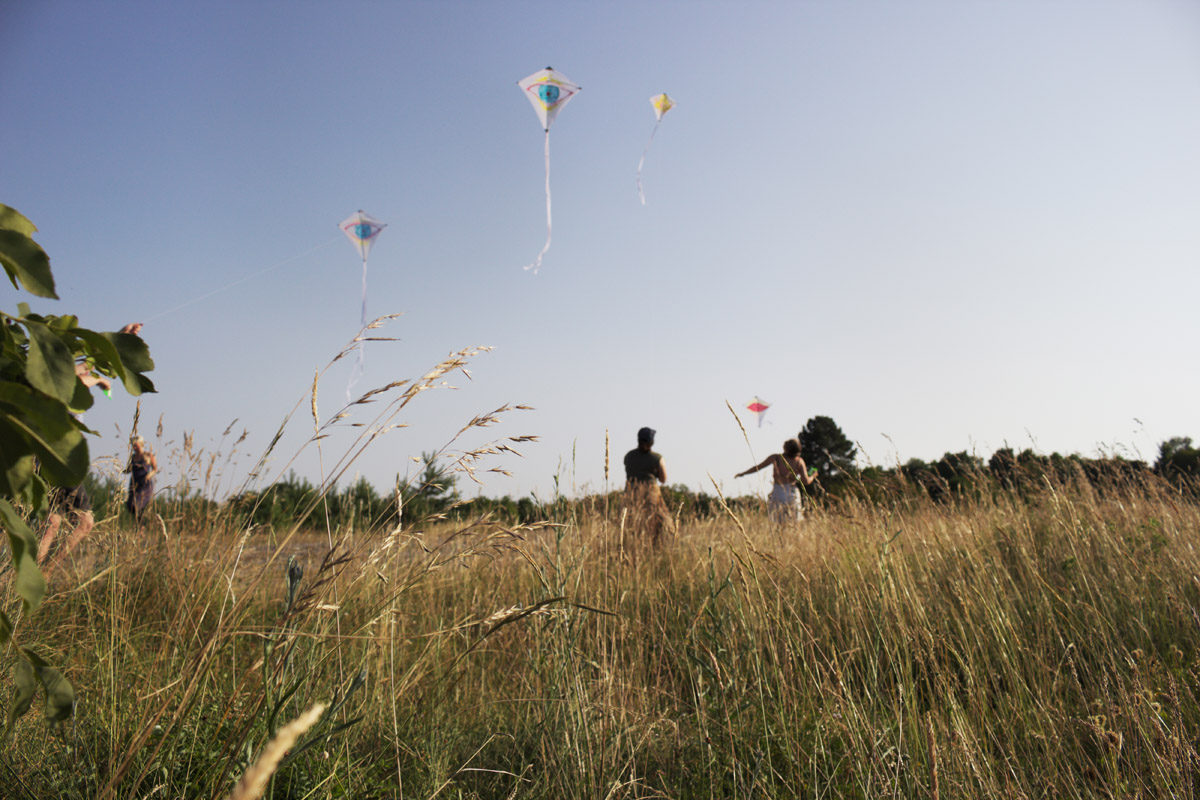 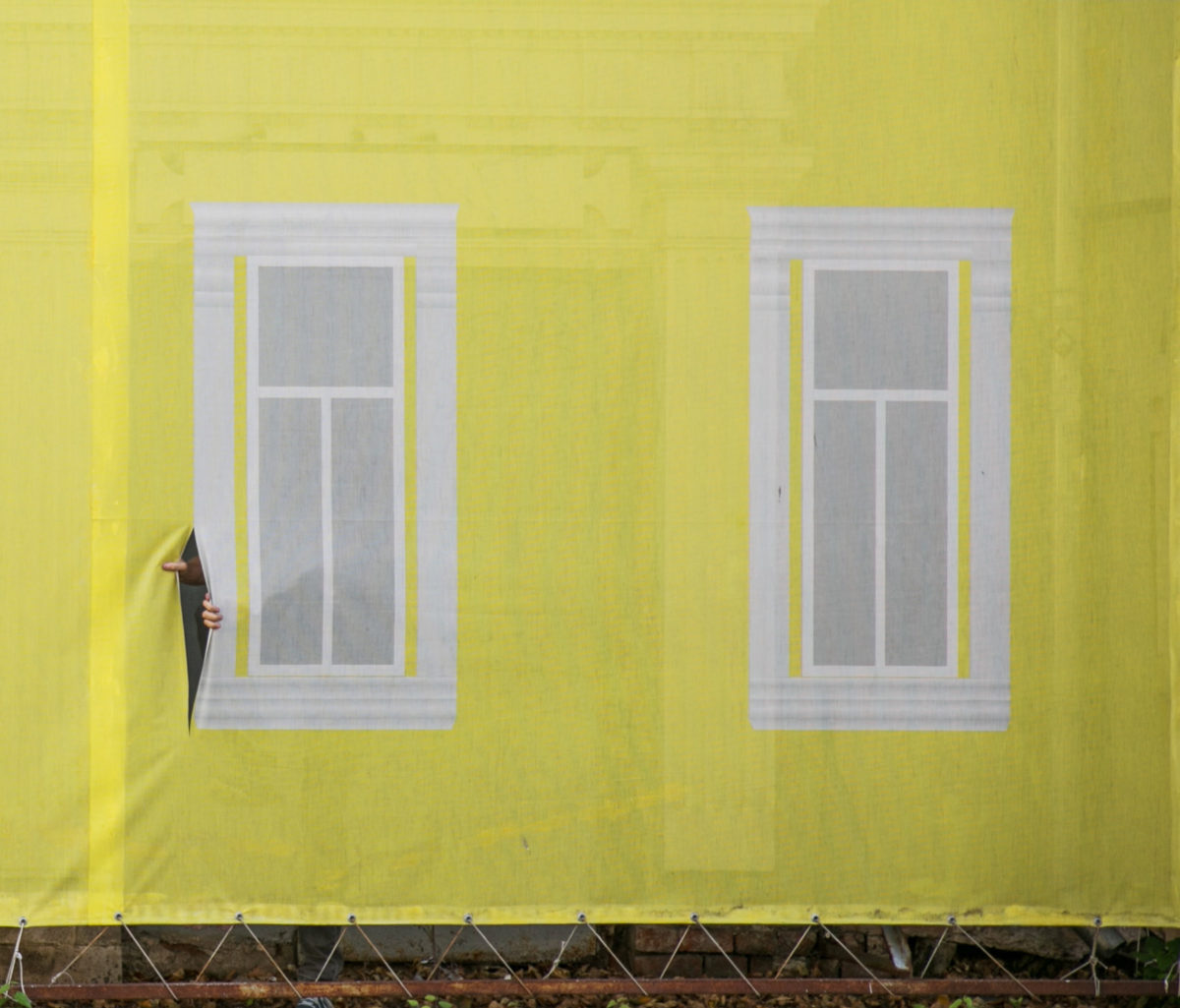